Dave and Rob continue to support each other on their wellness journey.

Welcome to the third monthly installment following the ten-month Fitness Friend Challenge, where we’re tracking the fitness, health, and nutrition journey of two clients, Dave Liebman and Rob Perez, whom we introduced earlier this year. Each month we check in with the guys after they get their routine assessments, which looks at body composition, weight, and circumference measurements of numerous body parts (aka “inches”). These are the parameters that will determine who wins the big prize of an all-expenses paid weekend trip, paid for by the one who’s numbers aren’t as favorable come October.

As a reminder, Rob and Dave joined forces, under the watchful eye of personal trainer John Perez and nutrition coach Kristi Reed at Body Balance to embark on their fitness and health journey. Both men were at their wits end with not being able to keep off excess weight and commit to an overall healthy lifestyle; as inspiration and to offer mutual support, they put a wager on the line to jumpstart a renewed commitment to fitness and healthy eating and living.

So where are we now?

We are seeing progress with both participants. This month, Dave leads the charge. He was down 3 lbs, 3 inches, and 1.5% body fat (and he specified that he’s overall down 10 lbs, 7.5 inches, and 7%
body fat since the beginning of the challenge!). Rob wasn’t quite to that point, though he was close. But, hey, it’s not all about the numbers! Both challengers are stronger, more flexible, and have much better cardio than when they started. In particular, Rob says his lower back isn’t achy like it used to be, and he has a lot less pain in that area. He also says that because his body feels better and he has more energy due to working out, it’s easier to get out more. Trainer John noted that the workouts are becoming much more challenging and both Rob and Dave approach them with great enthusiasm and commitment.

A primary element of the program Rob and Dave are completely excelling at is getting in their workouts four or more times a week: three sessions together and Boot Camp on Saturdays at Body
Balance. A side happy happening that’s still gaining momentum is that the Sunday walking excursions at the Sports Park continues to be a community building event, around fitness and movement. To show support of Rob and Dave, family members, friends, and Body Balance staff show up to walk with the guys and also do their own training. Rob is even excited to get out more to walk both Saturday as well as Sunday and also after work during the week, as he is recognizing that he has more energy if he gets out more.

The ongoing but ever improving challenge for both participants is nutrition, aka eating. For Rob, it’s an ongoing refining of portion control and food choices—in particular, not succumbing to fast food; the food aspect, he says, “is still challenging.” So how is he addressing that? By prepping meals so he doesn’t get to crisis points when he reverts back to old habits of grabbing whatever is easiest— namely, yes, fast food. His strategy this month is to prepare meals at least two days in advance and use containers provided by Body Balance nutritionist Kristi Reed to portion out appropriate amounts to eat throughout the day. This creates a no-brainer of bringing along for the day his high protein and high veggie eats. “I feel satisfied with these portions,” Rob says.

Rob also noted that he feels it when he doesn’t eat well: “I really feel it when I eat the junk food,” he says. “I feel it in my mood. It slows me down. I feel so much more sluggish.” Rob also incorporates carbonated water into his regime because, as he says, “It helps me feel full.”

For Dave, the issue isn’t falling back onto junk food, but eating too much of rich gourmet foods, especially when out at nice restaurants with friends and family. “It’s been a long, hard struggle,” he
says, “but now I can go out and ‘be good.’ I don’t cheat as much anymore.” He recognizes that the competition with Rob is helping his motivation, as are his friends and family. He notes that he’s totally cut out bread and isn’t eating nuts as a late-night snack. Overall, “I’m doing pretty good. The eating is less of a pull,” says Dave. “I’m cheating with good stuff.”

Talking to both Rob and Dave this month, they sounded so upbeat and enthusiastic. Changing habits can be challenging, but these two are recognizing the benefits of making healthier choices. And it’s fueling greater changes.

Keep your eyes open in next month as we continue to follow Dave and Rob’s fitness challenge! 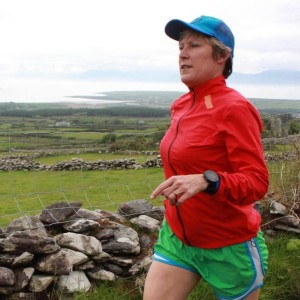